Diet: Opportunist, consuming any animal matter that it can ingest. Usually a scavenger, but during the reproductive season it will hunt more often, mainly fish, frogs, insects, eggs, small mammals and reptiles.

Reproduction: Breeds in colonies and uses twigs to build the nest in trees where it lays 2-3 eggs. The incubation period is 30 days and the chicks fledge after 95-115 days, reaching adulthood at the age of 4 years.

Behaviour: Usually gather in groups. When feeding on carrion often follow vultures. As with the vultures, marabou storks’ ingestion of carrion and waste plays an important natural function of cleaning areas.

Conservation status: Least Concern (LC), not included in the CITES 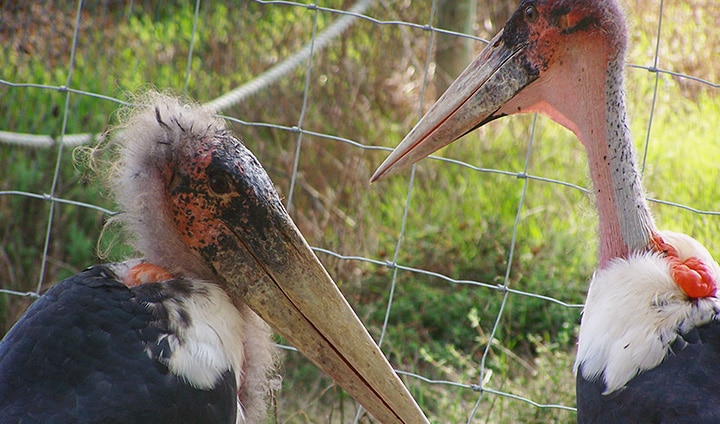 Average lifespan in the wild: 25 years

OTHER ANIMALS IN CARNIVOROUS BIRDS