Its distribution includes practically the whole of Europe and much of Asia and North Africa. B. b. turcomanus is present from the Volga to Kazakhstan and western Mongolia.

Reproduction:  Nests on rocky slopes, on the ground, in buildings and can also use other species’ nests. Lays 2-3 eggs. Chicks hatch after 32-36 days and are dependent on their parents up to five months of age. Incubation is mainly carried out by the female.

Behaviour: Solitary animals that only come together during the mating season. Monogamous, usually pairing with a partner for life. Super-predator, i.e. can feed on other species of predators.

Interesting facts: This is a polytypical species, which means it has morphologically distinct subspecies. It is a very precise hunter with a very silent flight due to specialised wing feathers that have rigid and flexible feathers. 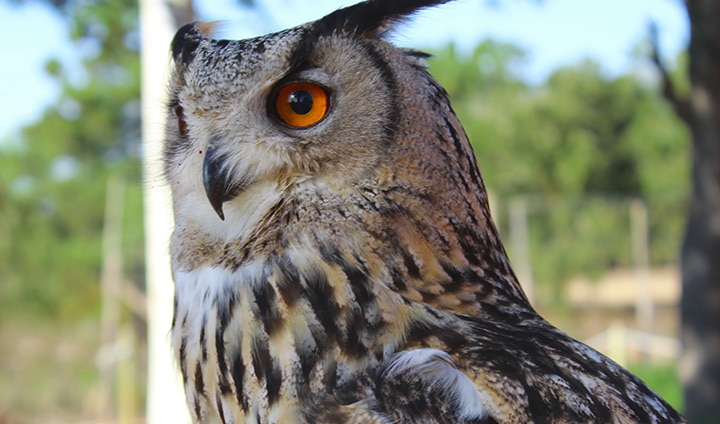 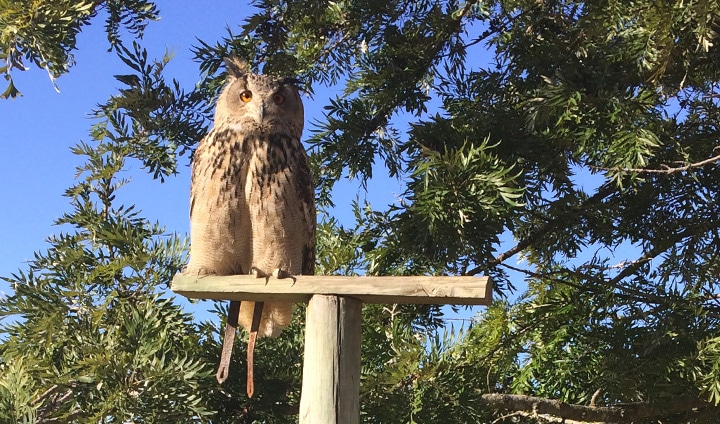 Average lifespan in the wild: 10-20 years

Maximum lifespan in the wild: 68 years

OTHER ANIMALS IN CARNIVOROUS BIRDS