Geographic Distribution: Corn Snakes are endemic to the United States of America, but are more abundant in Florida and the southeastern U.S.

Habitat: Corn Snakes prefer humid habitats, field margins with shrubs and deciduous forests. Until 4 months of age, they move more on the ground; from there on Corn Snakes can climb trees or other elevated surfaces. In colder regions, they tend to shelter in clefts of stones and fallen trunks.

Alimentação: They are carnivorous and feed mainly on small birds and small mammals (rodents). They don’t feed every day. They are constrictors, so they wrap around the prey, preventing blood flow, and, therefore, the arrival of oxygen to the vital organs.

Reproduction: Corn Snakes reproduce, in the wild, from March to May. They are oviparous, laying 10-30 eggs, from the end of May to June. They lay the eggs in the middle of decaying vegetation, so that there is enough heat (around 28º C) and the necessary humidity for the incubation (between 60-65 days). The eggs eventually hatch between July-September. When they are born, they are between 25-28 cm long and reach maturity around 18-36 months of age.

Behaviour: This species is mainly nocturnal, at which time they hunt. In winter they are less active, hunting less and they may end up hibernating in the wild.

Curiosities: Its name derives from the fact that Corn Snakes are often found, while preying, in agricultural fields, such as corn fields.
Corn Snakes help control rodent populations, that can be pests or even disease carriers.
Corn Snakes are also one of the most popular snake species as a pet. In addition, in captivity, they were quite artificially selected, in order to obtain a wide variety of color mutations.
The Okeetee tribes said that these snakes were spirits that were born from corn, due to the fact that their colors resemble the colors of corn.

Threath factors: They are often killed for being mistaken for another snake, the Copperhead Viper (Agkistrodon contortrix), which is poisonous. They are often also captured for the illegal trade of exotic animals, although most of which exist as pets are already bred in captivity, and therefore, this threat in the wild is already beginning to be less and less. They are not an endangered species, however, in Florida, they face increasing habitat destruction problems (especially in the Florida Keys). 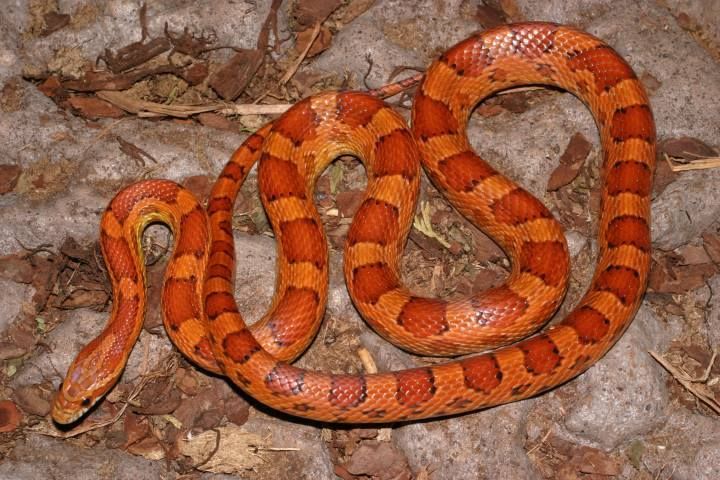 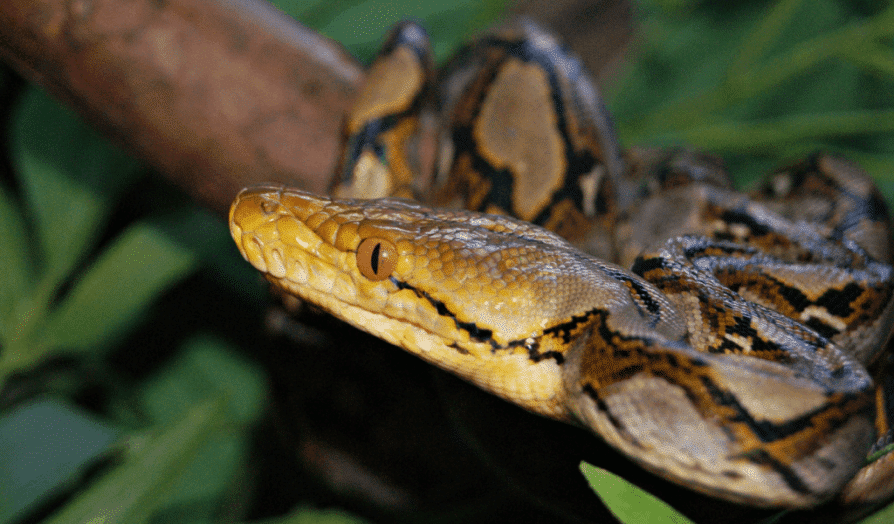 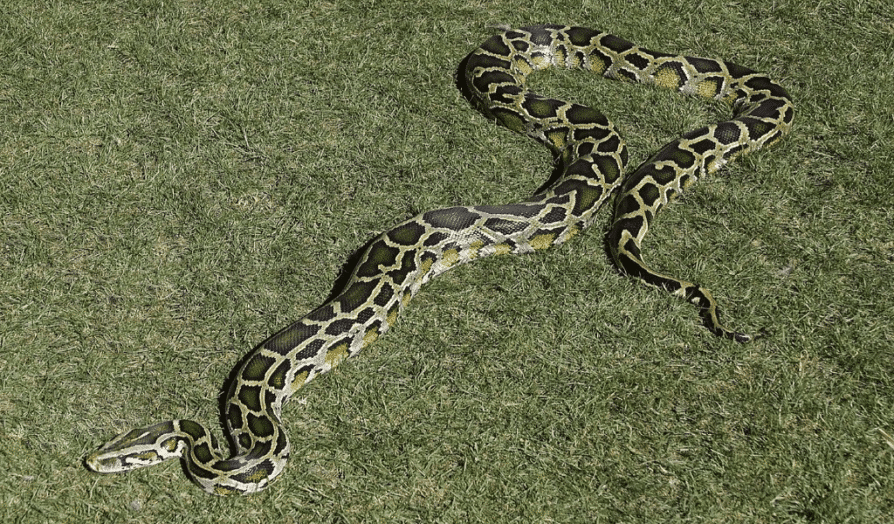