Biological Characteristics:
A distinction is made between two species, both living in the equatorial regions of Africa: the chimpanzee Pan troglodytes that lives from Senegal up to Uganda, and on the right banks of the Zaire River basin. In general, they have black hair, although the young’s ears, nose, hands and feet are vivid pink that then darken with age.

The opposable fingers on the chimpanzee’s hands and feet are essential for the extreme dexterity of these members, enabling them to perform complex tasks like handling utensils.

When moving on all fours, chimpanzees support themselves on their fingers’ knuckles.

Diet: Omnivorous and opportunist, fruit constitutes about half of their food (especially tropical figs), supplemented with leaves, bark and stems from more than 250 species of plants; also termites and other insects, as well as small mammals (antelope and wild hogs), birds and eggs. Sometimes they eat other monkeys like the colobus and baboons.

Reproduction: The young females reach sexual maturity at around 11 to 12 years of age, having a menstrual cycle with a periodicity of 24 days, but begin their sexual activity long before, at around 7 or 8 years, and males even earlier at 5 years of age (although they are only sexually mature by the age of 15). Gestation lasts 8 months and the young chimp is completely dependent on the mother for its first 6 months, staying with her for over 3 to 4 years, until the mother enters in oestrus.

Habitat: Primarily tropical rain forests or mixed forests (up to 3,000 m in altitude), and can extend into woods or savannah.

Behaviour: Chimpanzees live in communities of varying sizes, from 15 to 120 individuals of both sexes, with a territory of about 12.5 km2, but in larger communities and in more fragmented habitats this territory can extend up to 400 km2.

Males are very loyal to their community, while females can leave and join other groups, being well accepted especially when they are in oestrus.

Chimpanzees use more than 30 different calls and a rich variety of facial and body expressions, essential to coordinate themselves and learn their various daily tasks.
They can move fast using all four legs (quadrupedal position), be it on the ground or in the canopy, but they can also walk in bipedal position, for example when their arms and hands are busy. They mainly feed in the morning and at dusk, resting during the day at peak of the heat. By nightfall they build a nest of vegetation in the trees, at 6 to 25 m height. 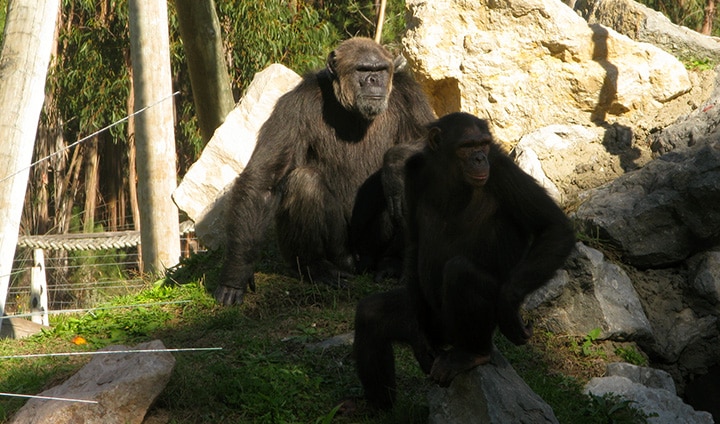 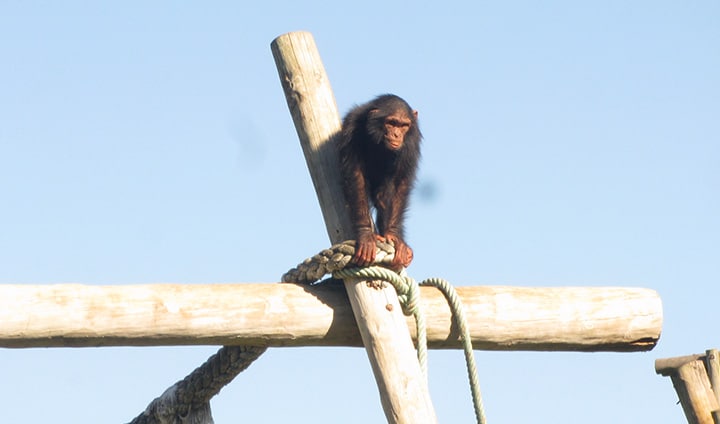 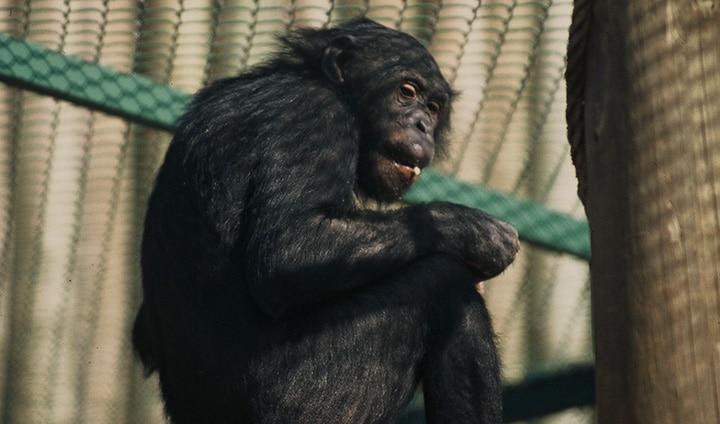 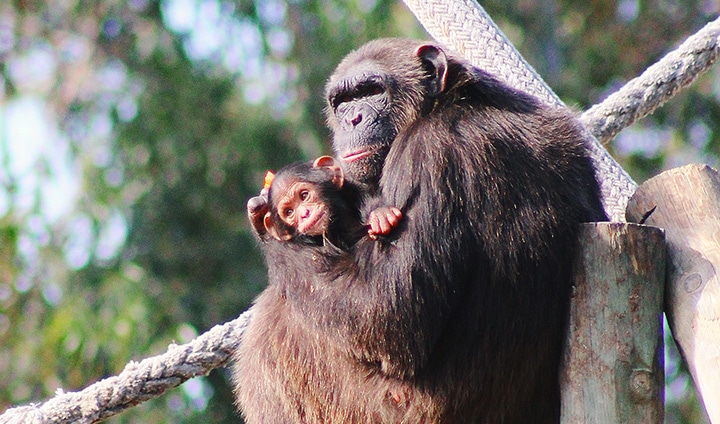 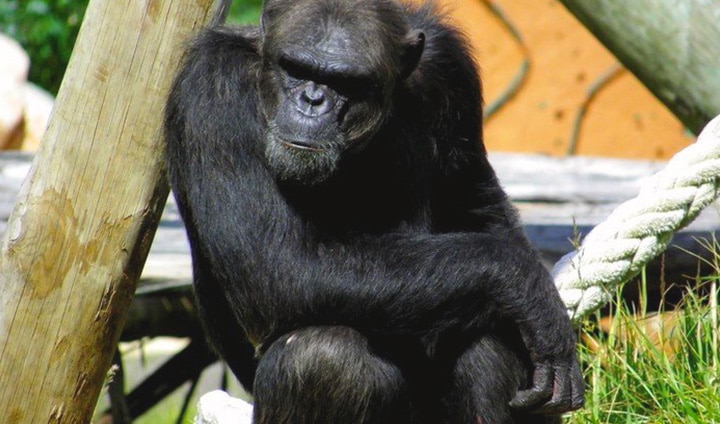 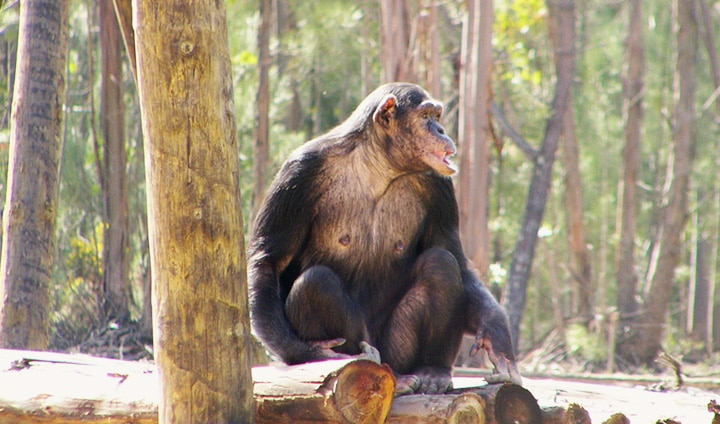 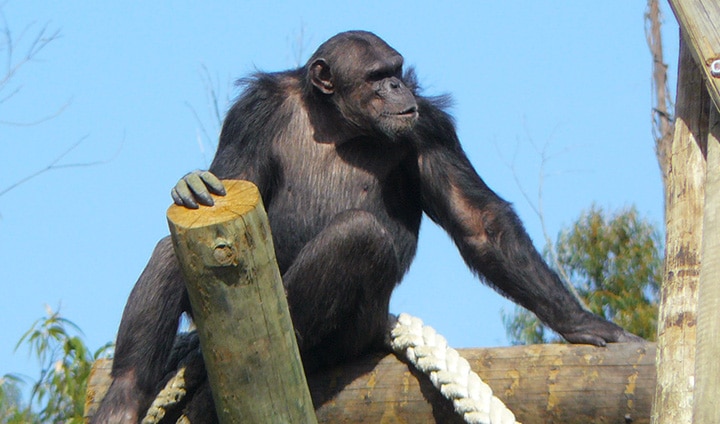 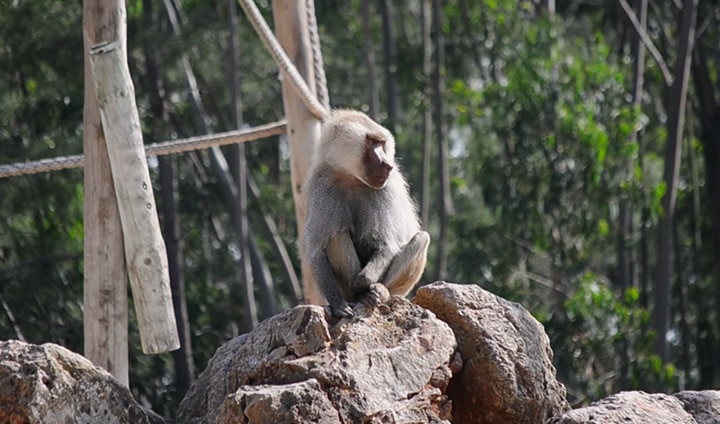 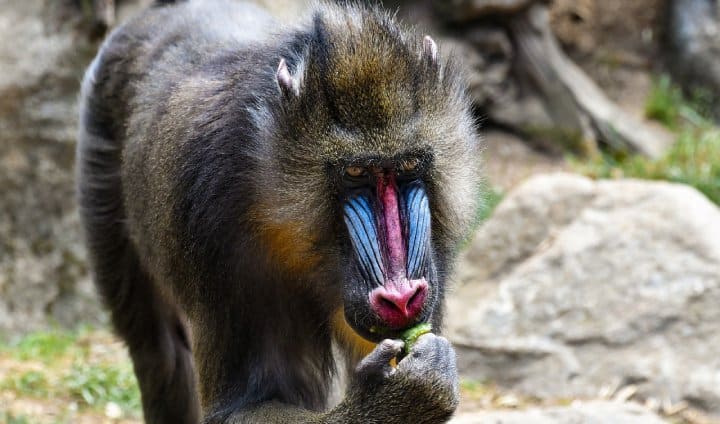